Let’s look forward to the shows we think will steal your attention in 2019. From returning indie legends to victory-lap arena rap to pop’s hottest A-listers, there are some big ones on the horizon. And don’t miss our already-posted list of best Toronto concerts happening in January 2019.

It’s been more than four years since Sharon Van Etten last released a full-length album, but she’s kept busy. The Brooklyn singer/songwriter pursued a degree in psychology, had a baby, became an actor and even played at the Roadhouse on an episode of Twin Peaks. Her new album Remind Me Tomorrow comes out January 18, and it showcases a newfound confidence and swagger to go with her vulnerability and emotionally intelligent introspection. She’ll ride that right to Danforth Music Hall.

One of the most anticipated albums of early 2019 is the first album in three years by Bradford Cox-fronted rockers Deerhunter. The first two singles off Why Hasn’t Everything Already Disappeared? (out January 18 via 4AD) gave us a classically psychedelic taste – there is harpsichord, which is a good thing – of what’s to come. Also exciting: Welsh art rocker Cate Le Bon is credited as a co-producer.

Travis Scott just had the biggest year of his life, and now he gets to spend the next one taking a victory lap. The Houston rapper already brought his Astroworld: Wish You Were Here tour to Scotiabank Arena in November (read our review here), and he’ll be back for the second leg on March 7. Now you know what to expect: a full-fledged recreation of Scott’s hometown Six Flags Astroworld park, but as a big-budget hip-hop tour. Fireworks, moshing, roller coasters, giant gold statues of his own head – it’s his regular high-energy live show turned up to 100. And maybe this time a Drake cameo for Sicko Mode? 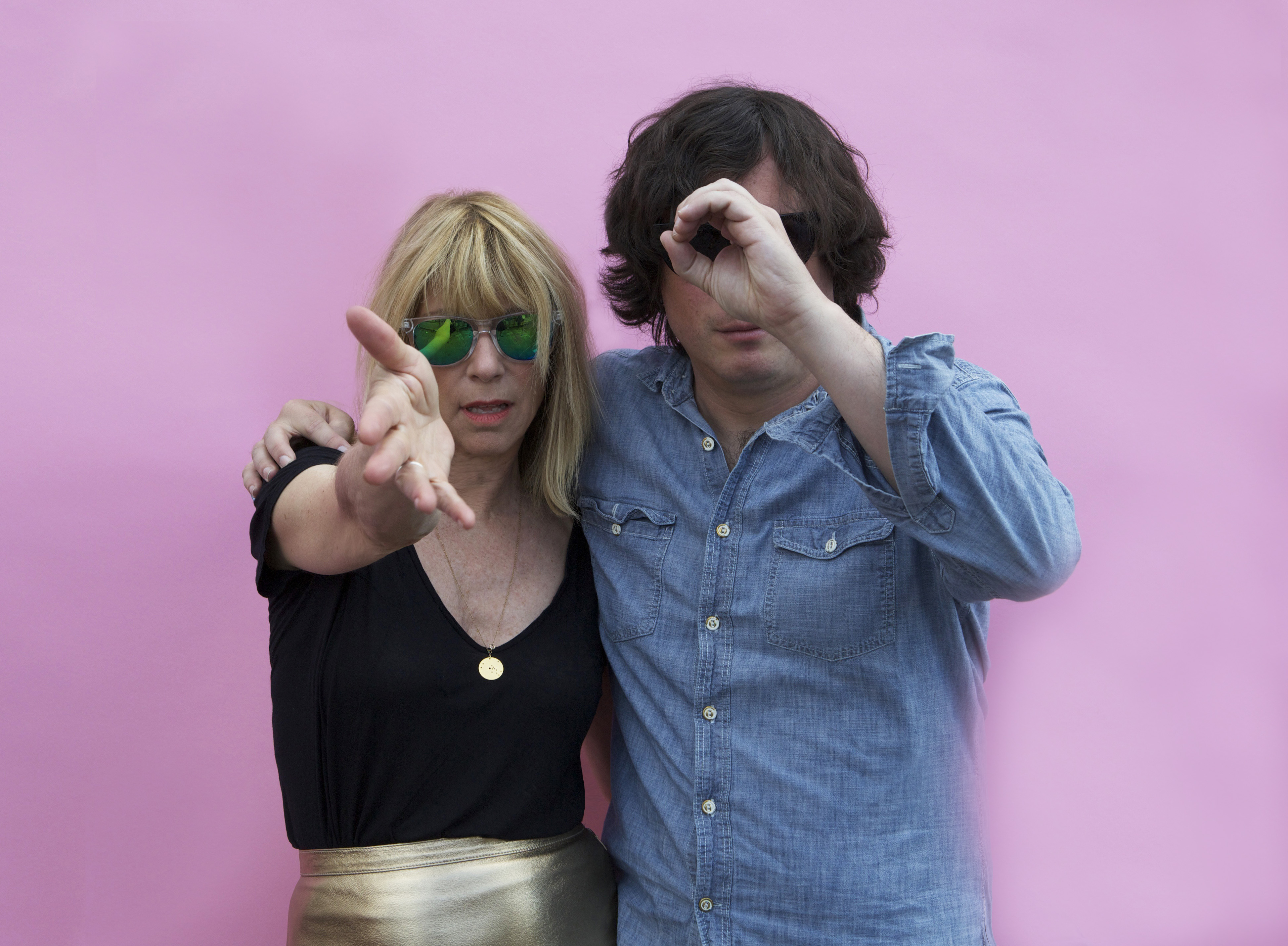 Body/Head is one of the many creative projects Kim Gordon embarked on in the wake of Sonic Youth’s messy, public demise in 2011. The noise music icon’s experimental electric guitar duo with Bill Nace has released two albums over six years, including last year’s broodingly minimal The Switch, but they have never played live in Toronto. Their upcoming concert marks an all-too-rare local appearance for Gordon – her last gig in town was Sonic Youth’s Massey Hall show in 2009.

Bucket list alert: Not only are British music heavyweights Massive Attack doing a 21st anniversary tour for their beloved Mezzanine album, but they’re bringing along Cocteau Twins’ Liz Fraser – meaning  she will sing Teardrop live(!). Of course, there are other reasons to see Robert “3D” Del Naja and Grant “Daddy G” Marshall on stage: they are tastemakers in the realm of concert visuals. Their 2006 gig at the Carlu featured audio-responsive visuals before that was a thing. The Mezzanine XX1 promises  “custom audio reconstructed from the original samples and influences,” all-new visuals, long-time collaborator Horace Andy on vocals, plus more collaborators to be announced. Yes, it’s sold out.

The Swedish pop star, massively adored in pop music-loving Toronto, plays her first local solo headlining set in nearly eight years. She’s swung through with Röyksopp in 2014 and did  Field Trip in 2016, and now comes in support of last year’s beautiful Honey album (number two on our best albums of 2018 list). In other words, people have been waiting for this album and tour for a minute… so good luck scoring tickets.

The R&B icon scales down from arena status to a soft-seater, but don’t be deceived: Mimi’s core fanbase is as impassioned as ever and she’s on the road in support of one of her best albums. The question is whether she’ll stick with her usual mega-hit set list or dip into the new record and deeper cuts to please the die-hards willing to pay arena-level prices for a more intimate experience. Fingers crossed for the latter.

Between her whirlwind romance with ex Pete Davidson and the death of Mac Miller, 2018 was a tough year for the pop diva. Still, her album Sweetener was a commercial (and critical) success, and she’s embarking on a world tour that will bring her to Toronto twice, non-consecutively. She’s a full-on pop A-lister now, and you can hear girl-power anthem God Is A Woman and recent hit thank u, next alongside thousands of other fans at Scotiabank Arena.

Correct us if we’re wrong, but it seems Jason Pierce’s epic psychedelic band hasn’t made its way to the city since 2014 at Massey Hall. That’s too long. But with the release of 2018 album And Nothing Hurt – which just showed that quality never dips with this project – there’s reason again for us to be floating in space. Expect an epic one.

Did you know you needed an ABBA cover album by Cher in your life? Who cares – it came out last year and the 72-year-old American music icon is touring behind it this spring with her cheekily titled Here We Go Again Tour. Her hits, her fanbase and her iconic wigs (which apparently get their own room on the road) span decades. Nile Rodgers of Chic is the opener so expect non-stop hits all around. The crowd better come ready to party on a Monday night.

The hometown bands team up for the Art Of Doubt tour, in support of Metric’s seventh studio album released last September. While Emily Haines and her band have played Scotiabank Arena before, it’s the first time July Talk will be rocking in front of thousands – as openers, for now. Expect big stadium anthems and lots of Canadian spirit at this high-energy show.

CANADIAN MUSIC WEEK (AND THE RETURN OF THE EL MOCAMBO)

Normally the industry-focused conference and music festival wouldn’t hit our radar until we started hearing some names of performers (actually, there are a couple already: the Dandy Warhols on May 9 at Danforth Music Hall and Perturbator on May 12 at the Phoenix). But there’s a reason to talk about for it already. Owner Michael Wekerle has been claiming the El Mocambo would reopen in time for the festival, and, after many millions of dollars and delays, it’s easy to be skeptical. But the first event is up on the venue’s calendar: the Live Music Industry Awards, hosted by Paul Shaffer, on May 10 at – yup – the ElMo.

Some of the Backstreet Boys are nearing 50, but the “boy” band shows no signs of slowing down. They’re bringing their DNA world tour to Scotiabank Arena in the summer – over 20 years after the release of their first album. You’ll hear songs from their latest, DNA, out January 25, but we all know fans are really there to sing along to I Want It That Way.

We’ll let Bruce Dickinson sell this one to you: “We’ve got all kinds of crazy things going on, including a replica Spitfire plane dominating the stage during Aces High, tons of pyro, a giant Icarus, muskets, claymores and some truly marvellous flame-throwers, which I have a hell of a lot of fun with, as you will see!” So yes, if you like the kind of over-the-top theatrics that can only come from a classic metal band, you’ll want to be at Maiden’s Legacy Of The Beast Tour – which is based on the band’s mobile game, naturally.

There seemed like a good chance that Elton John’s last shows in Toronto in 2018 would be his last, but if you missed the legendary artist then, he’s returning with his Farewell Yellow Brick Road tour in October – this time, probably the last. The larger-than-life singer/songwriter has been writing hits like Daniel, Your Song and the entire soundtrack to The Lion King since the 1960s, so he’s got plenty to pull from on stage. It’s a show you won’t regret shelling out the big bucks for. And if you keep your eye out, maybe you’ll see him crate-digging at another local record shop.