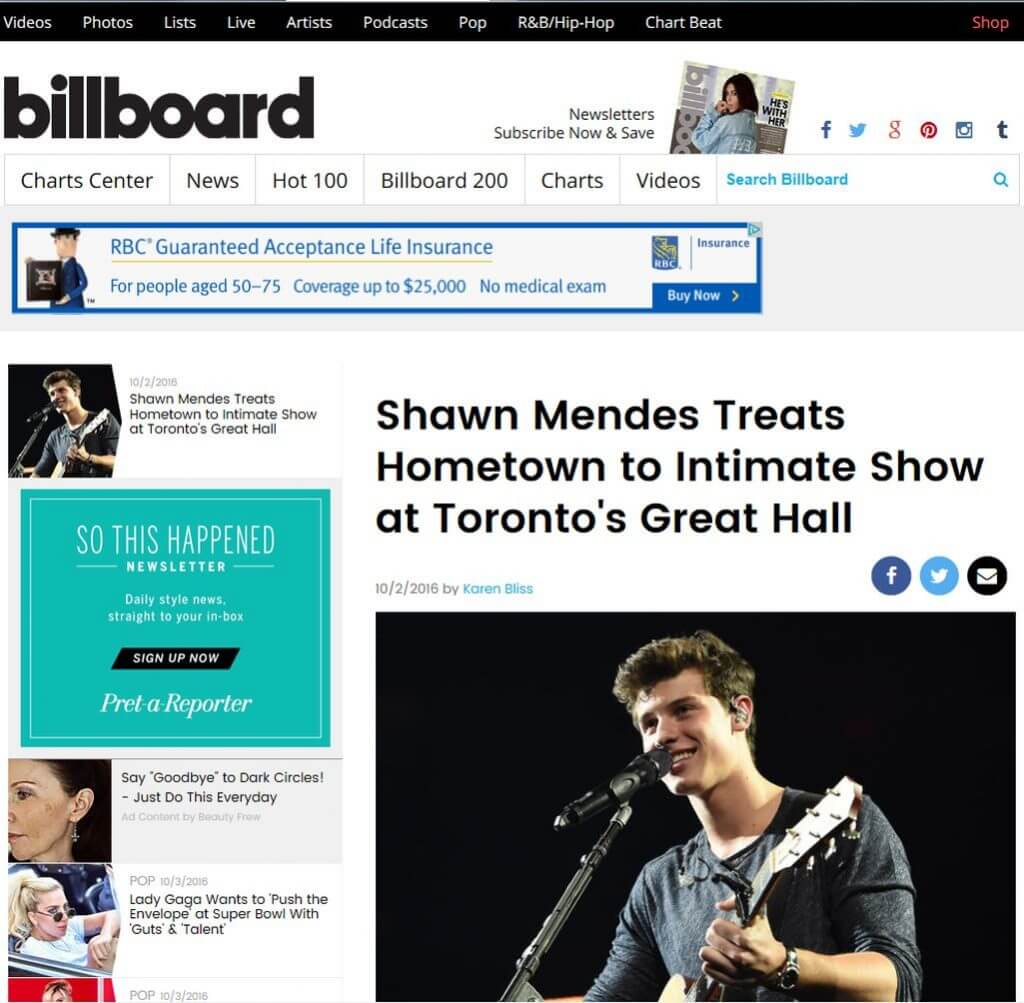 The eighteen-year-old returned for an intimate fan event in our Main Hall, before he heads on his first headlining world tour. His new sophomore album, Illuminate, has already rocketed to his second No. 1 Album on the Billboard 200.

As Shawn Mendes put it himself when explaining about his connection to The Great Hall as a venue:
“Me and my band rehearsed here for the first time ever back before the MMVAS [MuchMusic Video Awards] and I performed ‘Stitches’ for the first time,” he told the crowd of 500 lucky contest winners, whose female quotient screamed at pretty much any opportunity. “So it’s cool to be back here. I remember standing on this stage for the first time meeting my band and figuring out where I wanted to go in terms of live performance. It’s really nice to have it all sorted right now.”

And a bit more from Shawn Mendes Billboard latest concert review, by Canadian correspondent Karen Bliss:
“Over 125 years old, the historic venue, with its built-in stage and horseshoe balcony, was mostly filled with kids and their parents. While waiting for Mendes to begin promptly at 7 p.m., a little boy skipped around a column and a girl braided another’s hair. Teenage girls were anchored in front of the stage, with screams starting as soon as Mendes appeared with his acoustic guitar for ‘Something Big’ off his 2015 chart-topping debut album, Handwritten.” READ FULL STORY